Brent Darden is taking on the interim CEO role at the International Health, Racquet & Sportsclub Association (IHRSA) after former IHRSA CEO Joe Moore resigned last week, IHRSA announced on Aug. 21. The appointment is effective immediately. Darden served on the IHRSA board of directors from 2010 through 2015. During that time, he was nominations committee chairperson, […] 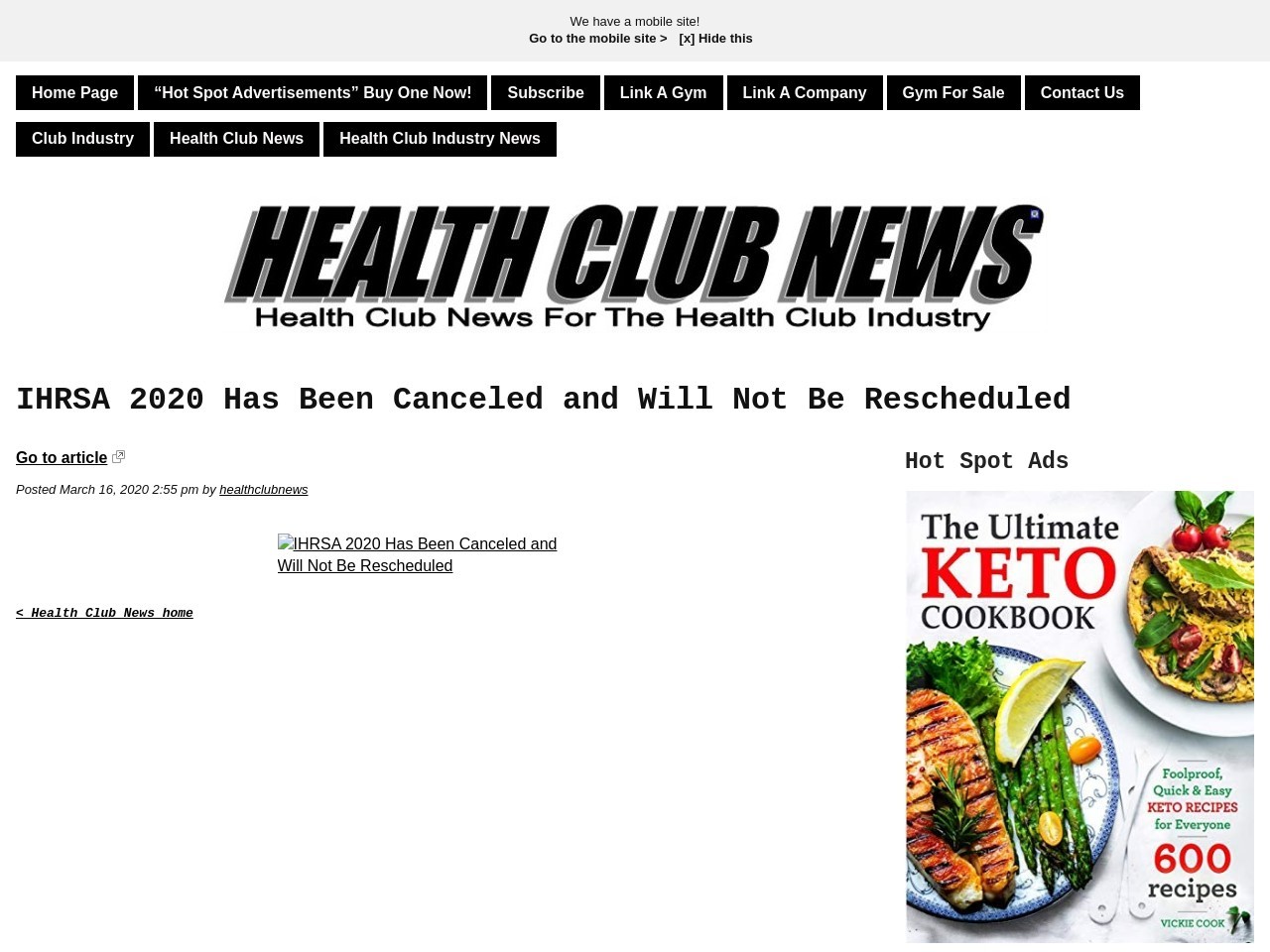 IHRSA 2020 Has Been Canceled and Will Not Be Rescheduled
healthclubnews.org

The post IHRSA 2020 Has Been Canceled and Will Not Be Rescheduled appeared first on Health Club News.

More than one out of five Americans belonged to a health club or studio in 2019, totaling 64.2 million consumers ages 6 and older, according to the 2019 IHRSA Health Club Consumer Report. The latest data shows a fifth consecutive year of growth in membership, while the total number of members has grown by 28 […]