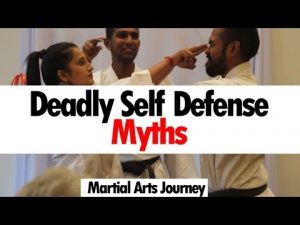 For more Aikido, BJJ ( Brazilian Jiu Jitsu ), Self Defense, Boxing and other videos check our official page to find all the various YouTube series:
www.rokasleo.com

SUBSCRIBE to see when the next videos will come out:
► http://bit.ly/1KPZpv0

If you want to support this project and see more of these videos check my Patreon page:
► https://www.patreon.com/rokasleo

Check the video which started it all:
► https://youtu.be/0KUXTC8g_pk

While how likely it is that you will be attacker, depends on what part of the world you live in, the risk of it, one way or the other, exists pretty much to everyone. Sometimes, whether we will be able to successfully defend ourselves or not, may even be a matter of life and death. There are plenty of people who were able to defend themselves without knowing martial arts, or having any formal self defense training, yet that is not always the case, and when it is not – the results are tragic. Knowing the right information about self defense may dramatically reduce the likeness of being attacked, and increase your ability to survive an encounter, yet knowing the wrong information, may put you into even a bigger danger.

For this reason, in this Martial Arts Journey video we will take a look at seven biggest myths of self defense, to remove from your knowledge, and increase your overall safety.

Number one: Self defense is about biting, kicking and punching

Many people when they think about self defense, they think about the physical aspect of it: such as biting, kicking and punching. What is very important to understand, is that effective self defense is actually much more than that. Proper self defense includes not only the physical aspect, but also personal safety and prevention. Knowing how to detect a possible threat, and avoid it, may dramatically reduce your likeliness to being attacked. Also, finding a creative solution, such as de-value’ating yourself, in the midst of an encounter, is also a great possibility. At the same time, if you think of self defense as just using physical force to protect yourself, you are much more likely to miss other opportunities, and engage in a physical confrontation, while risking, sometimes unnecessarily, severe injury in a direct physical confrontation.

Number two: The first line of defense is kicking to the groin and poking the eyes

This is probably the most common myth in people who have never trained self defense, or were engaged in a questionable self defense program. A number of people believe, that if a self defense situation arises, the best solution is either to kick to the groin, or poke your finger into the eye of the attacker. The reason this is a myth, first of all is because a kick to the groin will not always “incapacitate” the attacker. Sometimes, it may cause less pain than intended and won’t stop the attacker from continuing to attack, and in other cases a defender may simply be unable to kick to the right place, given the stress of the situation and many other variables, such as distance, height of the person and more. Pretty much the same applies to the gauging the eyes. Not only it is difficult to train this movement, since you can not keep poking the eyes out of your training partners, and it is risky to rely on a movement that you have not trained, the eyes are also a very small target on a head, which will not be staying in one place. Presented with the adrenaline, stress, and the chaos of a real life encounter, there is very little chance to use this technique effectively, while much more could be achieved with more effective solutions instead.

Some self defense systems claim that self defense techniques exist, in which size doesn’t matter. While at first this sounds attractive, it’s actually another dangerous and irrational myth to believe in. Not only height makes a huge difference, such as the reach of the persons arms, also it may be close to impossible to strike the chin with the palm of a much higher attacker, or even more so “to try to gouge the eyes out”. Size also makes a big difference in the force that a person generates. It is no wonder that there are weight categories in all combat sports. While there is a difference between combat sports and self defense, even there, the huge difference that size and weight makes – is acknowledged, as there is no panacea to removing the difference this aspect makes.