What happens when female bodybuilders retire? 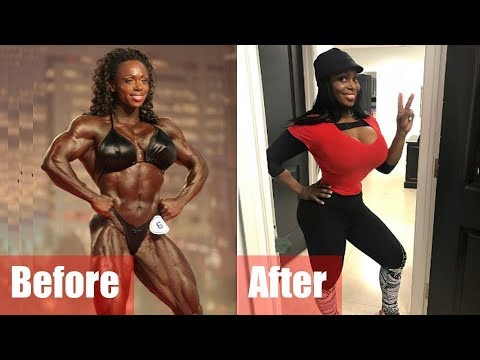 In some cases, female bodybuilders tend to lose their famine look while being in their best shape for a bodybuilding competition. Anyway, that depends on different factors such as their natural look, the percentage of body fat, muscle mass and probably the level of testosterone.

Some people like this in female bodybuilding, others dislike but there is no any other sport that disturbs the consciousness of people so much. There are some rumors that when female bodybuilders stop competing they tend to become manlike, so to speak. There are actually some cases but in this video I will show you what happened when some 5 top female bodybuilders (the best of the best) retired. And you will see that even now they look phenomenal and really feminine.

FYI, the photos “before” and “after” were taken with the gap of more than 5 years. The female bodybuilders are shown in this video in succession of their involvement in bodybuilding.

It's amazing to see them go back to an average beautiful woman.

They all look sexy as most of them where former Ms. O.
My top 2 is Yaxeni who even stopped competing looks like she never stop training. And Lenda, being the object of my desire and looking at her early days as Ms.O gets me in heat. She stops competing and I am still in heat!!!!
She wasn’t my favorite FBB but Dayana is really the fan favorite as she made herself look much more beautiful via cosmetic surgery on her eyes, nose and lips.

I think Kim C.’s “after” pics look great. Her face looks completely different when not dehydrated for a contest and still in phenomenal condition.

Man! Why do the women still look beautiful after completing? and the guys… Well you know

You guys drooling over Dayana Cadeau are joking, right?

They look great before and after, hmm how do I get my gf into it? 🤔

Yeah Dayana is still hot!!!! She's gone from one hot look to another.